Wonwoo (원우) is a member of the K-Pop band named Seventeen (세븐틴). This group consists of 13 male members: S.coups, Wonwoo, Mingyu, Vernon (the hip-hop unit); Woozi, Jeonghan, Joshua, DK, Seungkwan (the vocal unit); Hoshi, Jun, The8, Dino (the performance unit). They debuted on May 26, 2015. The group is under Pledis Entertainment.

He is the Lead Rapper, Sub Vocalist of the group.

He was born in Changwon, Gyeongsangnam-do, South Korea.

He completed his education at the School of Performing Arts Seoul; Hanyang University Institute for Future Talents.

He was a trainee for 4 years.

He took guitar classes after he moved to Seoul in his third year of middle school. He has a brother named Jeon Bohyuk, who is 2 years younger than him. 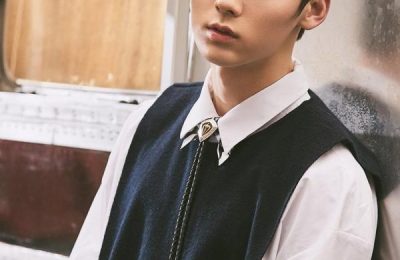